Roshen Chatwal is an aspiring horn player and sophomore at Ladue Horton Watkins High School. Keeping up his horn journey since fifth grade, Roshen is excited to make his solo performance debut with the Belleville Philharmonic. In the past, he has participated in the Webster CMS Orchestra, and The Missouri All-State Orchestra, where he was second chair French horn at the MMEA convention in January 2019. In addition to his school band, Roshen currently studies with SLSO horn player Thomas Jöstlein and enjoys performing in the St. Louis Symphony Youth Orchestra along with a horn choir known as “Westminster Horns.”

Over summer, Roshen likes attending many camps including the Illinois Summer Youth Music and Interlochen music programs. Apart from his horn, his interests range widely from backpacking through the wilderness with his Boy Scout troop to competing in Science Olympiad tournaments. As a member of the Ladue football team, Roshen also likes to exercise and play sports with friends. Despite being a brass player, he listens to lots of rap music and watches too much TwoSet violin.

Roshen is very grateful and humbled by those who have impacted his musical and personal journey. He would like to thank his friends and family, band directors, private instructor, and countless others that have always provided him meaningful guidance and support. 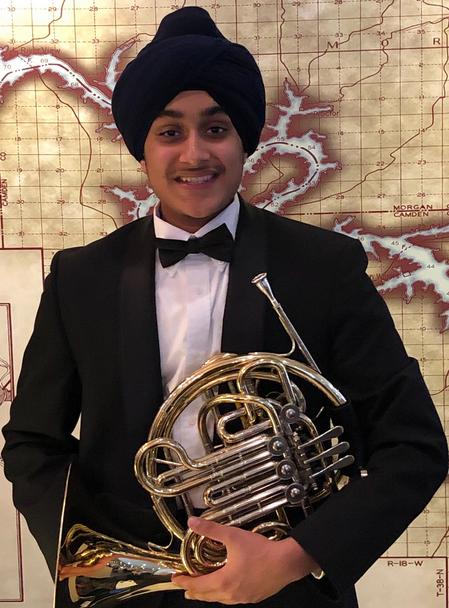