Peter Simon is one of America’s most distinctive and versatile musical personalities. In reaching the heights of his profession, he has accomplished the rare artistic feat of generating both critical acclaim and widespread audience enthusiasm.

A native of Denver, Colorado, Mr. Simon has had a multi-faceted career. Besides being a concert pianist performing in concert halls, embassies and cruise ships, he has been a university professor, artistic director of a music festival, an actor, truck driver, banker and professional drummer.   He has toured with his son in the popular piano duo “Simon & Son,” a pianist/actor in his one-man play “Franz Liszt Live!” and a pianist/orator  in “The Music & Poetry of Love.”   Mr. Simon has degrees in both Philosophy and Music and has been featured on two public television specials: “Profiles & Performances” and “Culture in the Country” as well as his own three-part television series “Peter Simon & Friends.”  Mr. Simon has a firm belief that classical music is meant for everyone regardless of age or background, and devotes much of his time performing outreach programs for numerous school districts as well as being a guest speaker on the Importance of the Arts in Education & Everyday Life for various civic and social organizations.   He is married to an award-winning painter, Susan Miller Simon.

In addition to stunning performances with orchestra, Mr. Simon has created “themed programs” for solo piano which increases audience interest and appreciation. In these programs of “Music & Dialog,” Mr. Simon speaks before each piece, explaining to his audience what to expect.  The program that you will enjoy sponsored by the Belleville Philharmonic is "Classy Piano Favorites."

Mr. Simon has performed in numerous venues including Carnegie Hall, the Kennedy Centre, American Embassies, hundreds of cities and towns across America, five tours of Asia and Europe, “featured entertainer” on cruise ships and local parades. As a former university professor, he continues to instruct students in masterclass workshops and over 200,000 young people have enjoyed his children’s concerts: “350 years of musical history in 35 entertaining minutes.”

Mr. Simon keeps an active schedule not only performing, but as guest speaker to various social and civic organizations. His topic: “The Importance of music education in the schools and everyday life.” 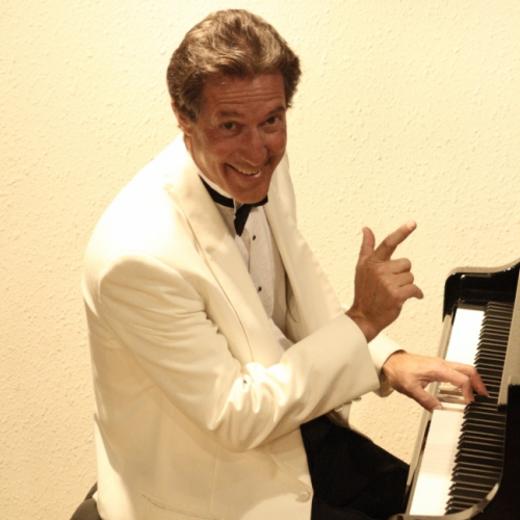