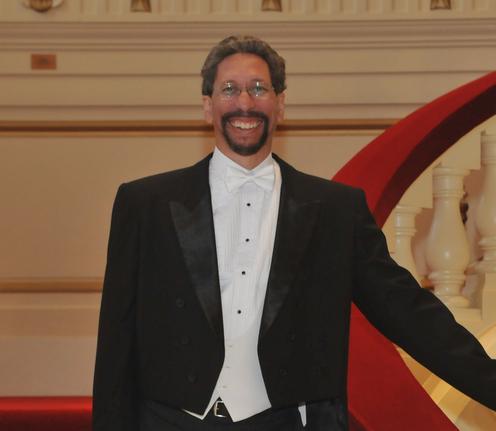 Born in St. Louis, Leon Burke III attended the Oberlin Conservatory and received a Doctor of Musical Arts degree at the University of Kansas. He studied with Sir Georg Solti, Leonard Slatkin, Edo de Waart, and Jorge Mester. Dr. Burke has served as Conductor/Music Director of the Lawrence Chamber Players, the Hutchinson Symphony, and the McPherson Symphony. He has also been on the faculties of Baker University, Sterling College, Hutchinson Community College, and Webster University.

Dr. Burke is currently the Music Director of the Belleville Philharmonic Youth Orchestra, the Choir Director for Eliot Chapel in Kirkwood, the Music Director of the University City Symphony, Assistant Director of the St. Louis Symphony Chorus, and is one of the cover conductors for the St. Louis Symphony. Additionally, he is on the faculties of St. Louis University and East Central College in Union, Missouri teaching voice. Outside of St. Louis, he is the Principal Guest Conductor of the Asunción Symphony in Paraguay and the Resident Conductor of the Metropolitan Ballet of Topeka. A multifaceted musician, Dr. Burke has directed choruses and conducted orchestras in the US and abroad and makes guest appearances as a bass soloist. He is one of the conductors on the roster of the prestigious arts management firm, Price Rubin & Partners.