The Philharmonic Chorale rehearses Monday evenings, September through April, from 7:30 to 9:30 at Philharmonic Hall, 116 N. Jackson Street in Belleville.

Since we strive for a very high level of performance and perform for a paying audience, regular rehearsal attendance is imperative.  We do, however, understand that family and work obligations may necessitate occasional absences.

New members are asked to sing a brief informal audition to verify experience and to help determine section placement.  Please contact Philharmonic Office at (618) 235-5600 to schedule an audition or for more information. 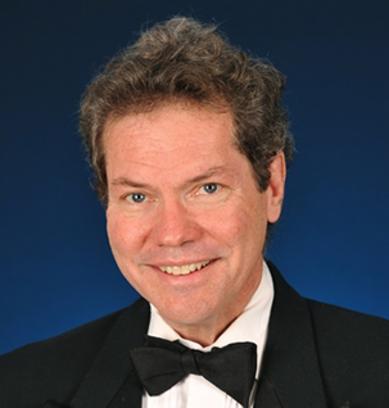 The Philharmonic Chorale was formed for the Society’s centennial in 1966 and was first directed by Charles Laughlin. The chorale performs on its own and with the Philharmonic Orchestra, often teaming with other choruses in the St. Louis metropolitan area.

The Belleville Philharmonic Chorale welcomes experienced choral singers in all ranges. If you have sung in high school or college choruses or church choirs you most likely have acquired the experience we wish you to have. We perform three concerts a year representing a broad spectrum of repertoire.  The chorale is conducted by Robert Hart Baker who has served in that capacity since 2016.

At least once each season the Philharmonic Chorale combines forces with the Belleville Philharmonic Orchestra, the nations second oldest orchestra, which has presented concerts every year since 1867. These concerts feature major works such as Haydn’s Mass in Time of War, Beethoven’s ninth symphony, Poulenc’s Gloria and Rutter’s Requiem – just to name a few of the major works we have sung in the past.

A number of our singers have obtained formal vocal training but most of our members join us for the love of music and to continue the joy of singing that they experienced in their high school, college and church choirs.