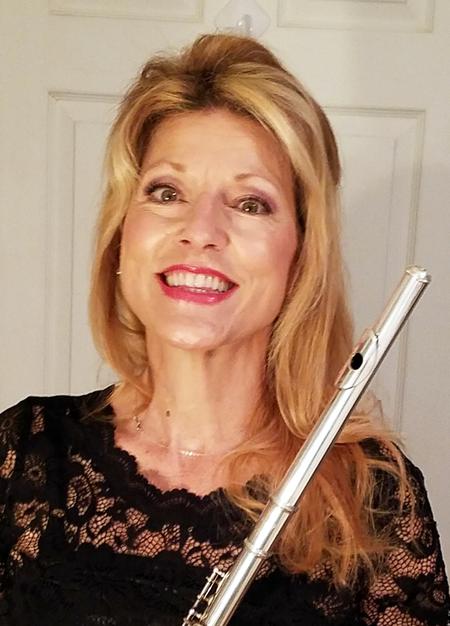 Flutist Barbra Duvall Baker is an active orchestral musician and chamber music performer. She has been principal flutist with the Belleville Philharmonic Orchestra since 2016, and has performed with the Saint Louis Philharmonic Orchestra as a section player since 2014. She served as flutist at the Palaces of St. Petersburg Music Festival in Russia
for three summers, where she performed with members of the Moscow Chamber Orchestra, and recorded Claude Bolling's Suite for Flute and Jazz Piano with Anne-Marie McDermott for the Russian label Melodiya. A graduate of Southern Illinois University and Western Carolina University, she has been heard in duo recital with her husband, oboist Robert Hart Baker, at the Saint Louis chapter of Sigma Alpha Iota National Music Fraternity, and in New York on the Chamber Performers of Westchester
Series and Cooperstown Festival of Music. From 2004 to 2013, she was a music instructor at Penn StateYork, and was a member of the York Symphony, Harrisburg Choral Society Orchestra, and Gettysburg Chamber Orchestra. She frequently performed chamber music for the York Symphony at its Musicales. From 1989 to 2003, she was a
member of the Asheville Symphony, was a founding member of the Aureolan Flute/Cello/Piano Trio, performed in duo recitals with guitarists Mark Yaxley and David Stevenson, and was a regular guest performer with Maddy Winer & Masterpiece at the Grove Park Inn, as both a jazz vocalist and flutist. Barbra is also an avid equestrian, and trains Iberian horses at her mini-farm in Saint Clair, MO.