Ayman Amerin is a thirteen-year-old incoming eighth-grade student at Fort Zumwalt West Middle School. He has enjoyed playing violin for nine years and piano for six. Ayman has been with the St. Charles County Youth Orchestra for the past six seasons (in this past season as the concertmaster and concerto competition winner, Jr. Division). For this coming season, Ayman will be playing with the St. Louis Symphony Youth Orchestra. He has also participated in the Illinois Summer Youth Music program for the past three summers and in the St. Louis Metro 8 District orchestra as concertmaster this past year. He has also taken part and received Superior ratings in different music festivals for violin and piano, such as the Missouri Federation of Music Clubs Festival, District Solo and Ensemble for Middle School, and the Mid-America Music Festival. Ayman would like to thank his SCCYO Symphony Orchestra conductor Shane Williams, his piano teacher Jacqueline Fortier, his school’s orchestra teacher Richard Goodman and especially his violin teacher of over eight years Khrystyne Bunselmeyer, for always encouraging his passion for music. 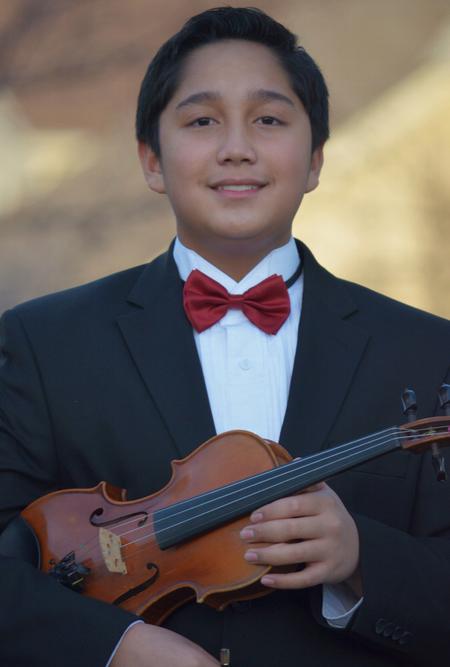