​At the age of 5, Elena Ulyanova began to study piano with her mother, Larisa Ulyanova, in Saki, Ukraine. After winning several first prizes in Ukrainian and Russian competitions, she was awarded full scholarships for study in Moscow at Gnessin College of Music, Gnessin Academy of Music, and Moscow Tchaikovsky Conservatory. While at Gnessin Academy, she won the Momontov competition, which also resulted in tours of Russia, Bulgaria, and Romania. She was also awarded a tour of Austria, along with the best students representing Gnessin Academy, which included Alexander Kobrin. Shortly after entering Moscow Conservatory, she became a prizewinner in the second Rachmaninov International Piano Competition. After receiving the Master of Music degree from Moscow Conservatory, she pursued postgraduate study with Victor Merzhanov, while performing many concerts for the Moscow Philharmonic Concert Association (Mosconcert). Elena has also taken master classes with Emanual Krasovsky, Victor Derevianko, John O’Connor, Howard Shelley, and Leslie Howard.

Elena recorded her first solo CD in 2004, with music of Franz Liszt, and it is available from Classical Records.  Shortly afterwards, she immigrated to Washington, DC.  In 2005, she studied with Howard Shelley, who has recorded all of Rachmaninoff’s works, to prepare for recording of the Rhapsody on a Theme of Paganini.

The Rhapsody and Piano Concerto no. 2 are featured on her CD with the Russian Philharmonic Orchestra and released in July, 2006 by Bel Air Music . Elena’s music has been heard on radio stations WFMT in Chicago, CKWR in Ontario, and WQED in Pittsburgh.

Music in the Cathedral

< Back to Masterpiece Season 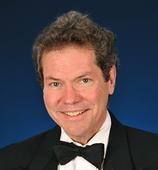 Rachmaninoff:  Variations On A Theme by Paganini, Op. 43

Enjoy the combined forces of the Philharmonic Orchestra and Chorale in Belleville's magnificent Cathedral. 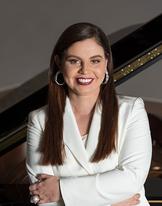